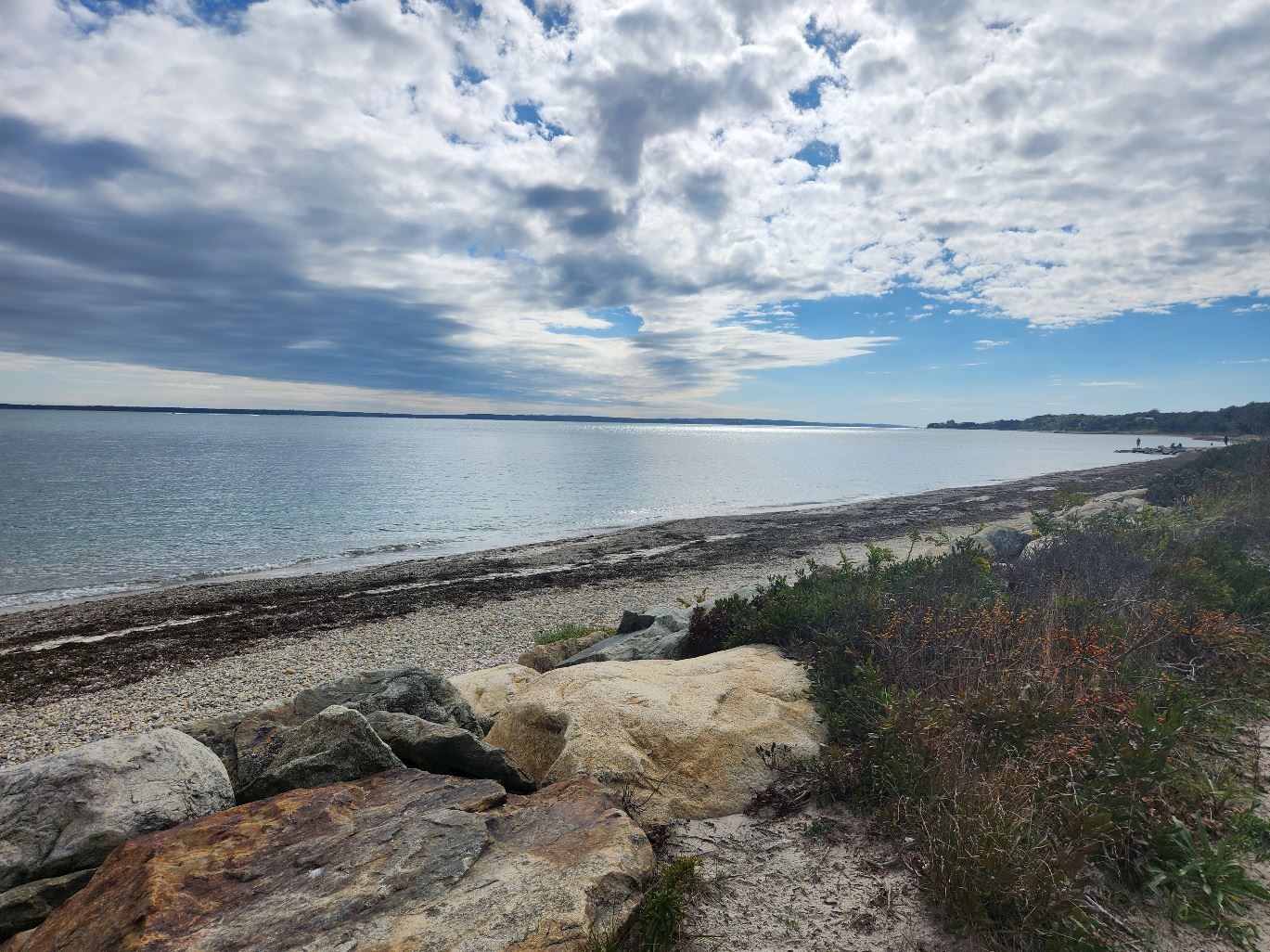 Invisible to the eye, the beaches are constantly in motion, with ocean currents, waves, rising tides, and winds shaping and re-shaping their contours. The shoreline, however, is more than a strand of sand and breaking waves. Each rising tide triggers a system of living filters that strain columns of water. Buried mollusks thrust their siphons through the sand and draw the water through their bodies. At the edge of the tide and beyond are legions of sea life, from single- to multi-celled animals and plants - all pursuing their daily routine of finding food, hiding from enemies, capturing prey, producing young, and dying. Above the tide, beach dunes are reshaped by the winds, often strong from the southwest in summer. Sprouting on them are Beach Plum, Goldenrod, Beach Rose, Bayberry, Sea Rocket, and Beach Grass. Dunes defend the land from the destructive waves of storms but are themselves fragile and easily damaged by foot traffic or other impacts.1

The spirit of this place speaks of the Ice Age and the massive Laurentide Ice Sheet that formed the Cape and Islands. About 25,000 years ago, the Laurentide Ice Sheet had spread to blanket thousands of square miles of Canada and the United States. Its southern edge lay about where Martha’s Vineyard, Nantucket, Block Island, and Long Island lie today. One to two miles thick, the ice sheet had moved south over the previous landscape, bringing with it large boulders, cobbles, and sand that it had scooped up. As its southern edge melted, vast amounts of meltwater and rocky debris were released, forming Martha’s Vineyard (visible across Vineyard Sound near Mile Marker 2), Nantucket, and the shoals beyond them.2

As the glacial ice melted, sea level, which had been as much as 400 feet (122 m) lower than it is today, rose again, and estuarine and coastal environments developed, including beaches, sand spits, tidal flats, and salt marshes.3

Cape Cod’s marvels lie in its dramatic creation, rich diversity of living and life-giving features, but also in its destiny. Winds and tidal dynamics continue to alter the Cape’s coastline. Estimates of erosion rates for the southern shore of Falmouth over the past 150 years vary by about 0.5-1 ft/yr (15-30 cm/yr) near Woods Hole, stable near Falmouth Heights, and greater than 1 ft/year (30 cm/yr) near Waquoit. Rising sea level will increase the rate of erosion. Based on long-term tide gauge records and photographs of sea walls in Woods Hole, the sea level in Falmouth has risen approximately 1 ft (30 cm) in the last 100 years. Over the next thousand years, the Cape may become a submerged bed of sand on the ocean floor like Stellwagen Bank (located north of Provincetown) and Billingsgate Island (located just off Wellfleet).4 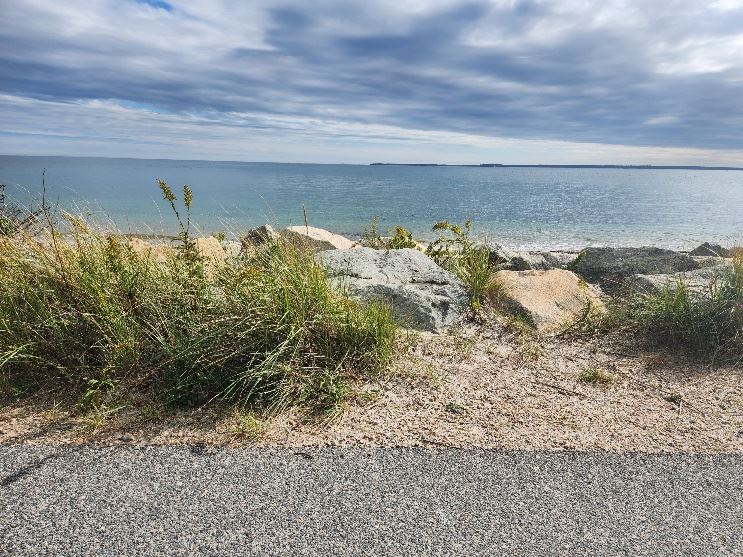 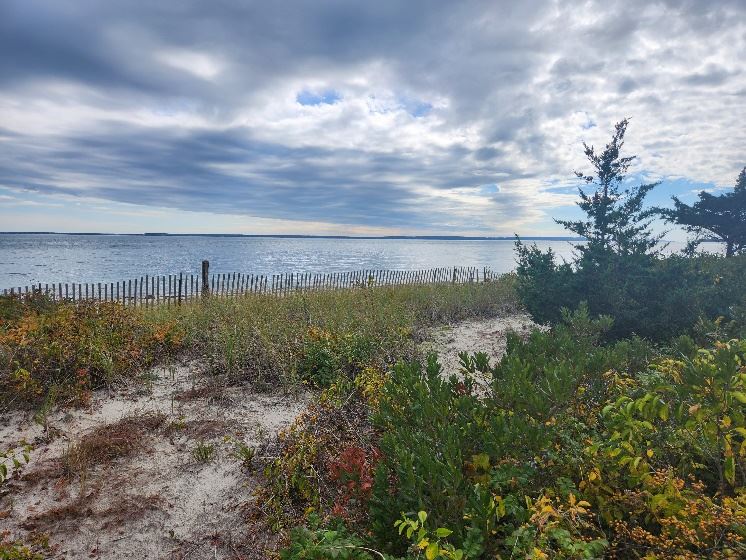