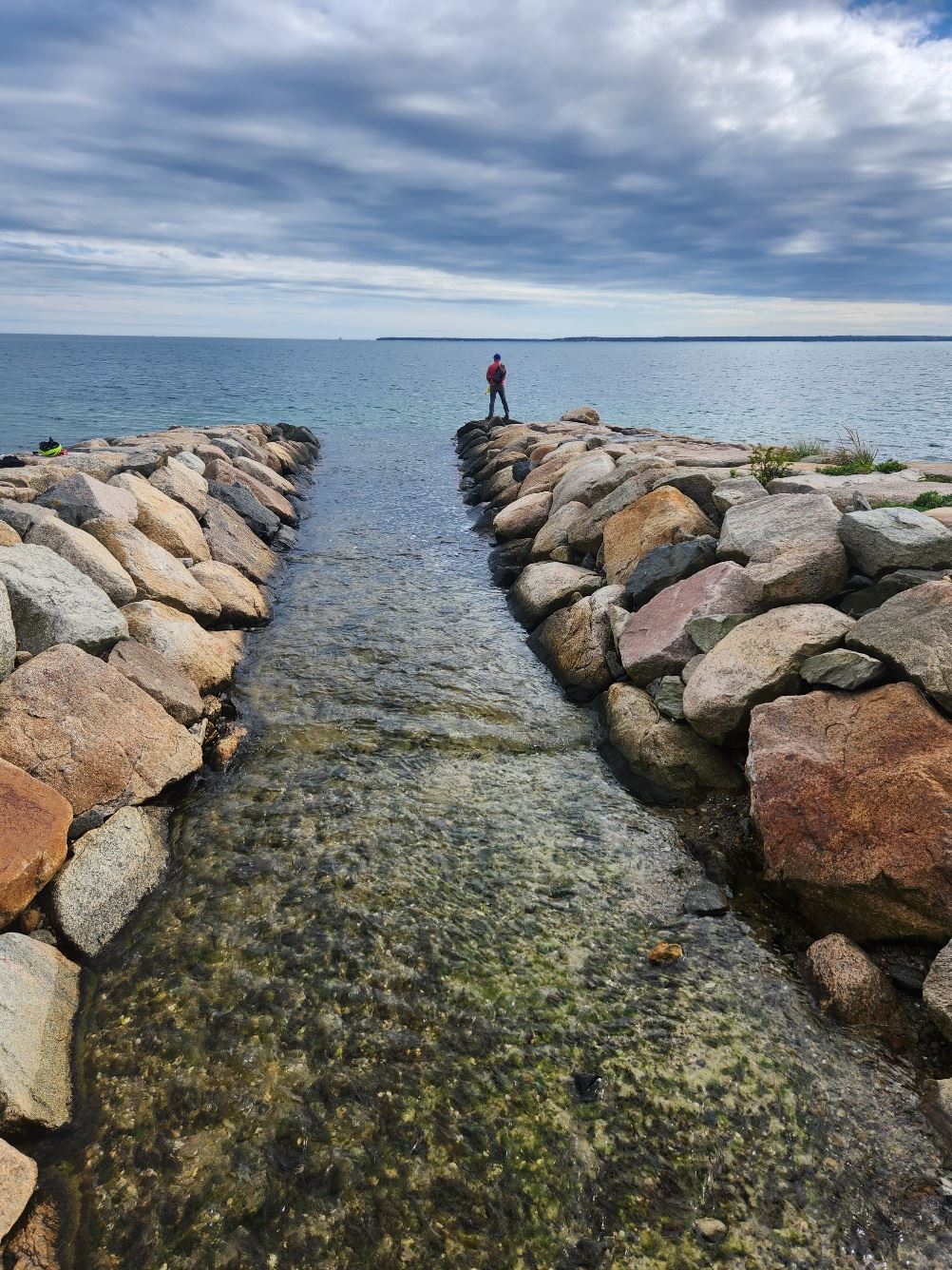 The southernmost three miles of the Bikeway afford views of Vineyard Sound, a body of water that merges into Nantucket Sound to the east. Warm, turquoise Gulf Stream waters enter Vineyard Sound from the south, and colder Labrador Current waters flow into Nantucket Sound from the north. The mixing of water masses and the shallow depths create ideal conditions that support spawning and nursery habitat for a variety of marine species, like Black Sea Bass, Winter Flounder, tautog, scup, and squid.1

Falmouth’s economic phases have included fishing, shipbuilding, coastal trading, and worldwide whaling ventures. Whaling was such a prominent industry in Falmouth during the maritime era of the early to mid-1800s that ship captains owned half of the town’s three hundred homes. At the end of the Bikeway in Woods Hole, imagine the whaling ships making port in the mid-1800s. Whale ships were built at Bar Neck Wharf in Woods Hole, just west of the Eel Pond Bridge. One whale ship, the "William Penn", was built on Chapoquoit Island (then known as Hog Island, since hogs were raised there) in West Falmouth Harbor. Fish, especially the River herring, have also played an important part in Falmouth’s heritage. River herring have been an essential protein source in the Wampanoag diet for centuries, and the decomposed fish were used to fertilize corn crops. Trunk River is the outlet from Oyster Pond into Vineyard Sound and, as such, it serves as a conduit for River herring returning from the sea each spring to spawn in freshwater.2 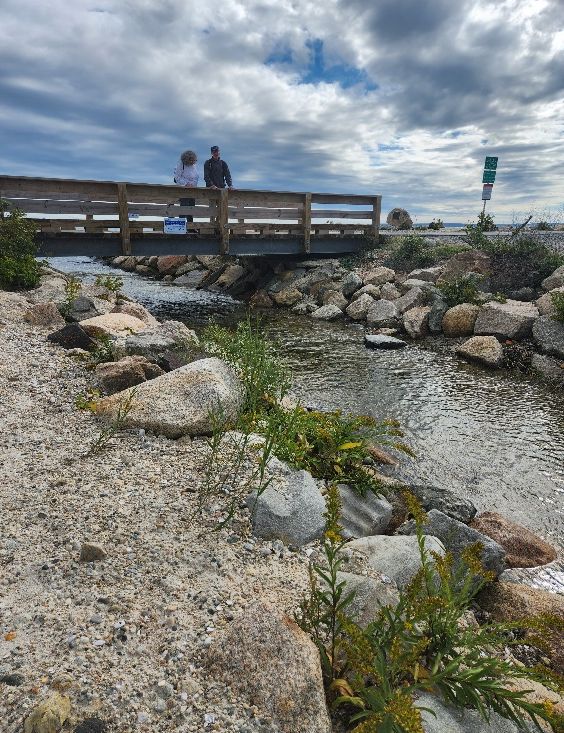 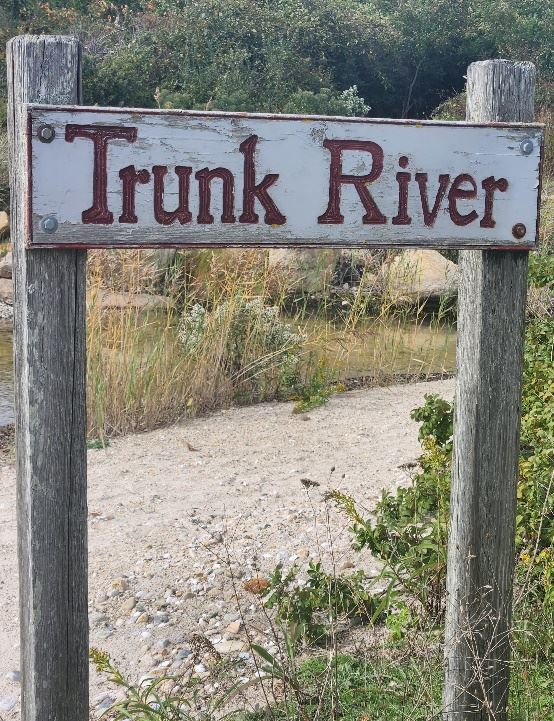