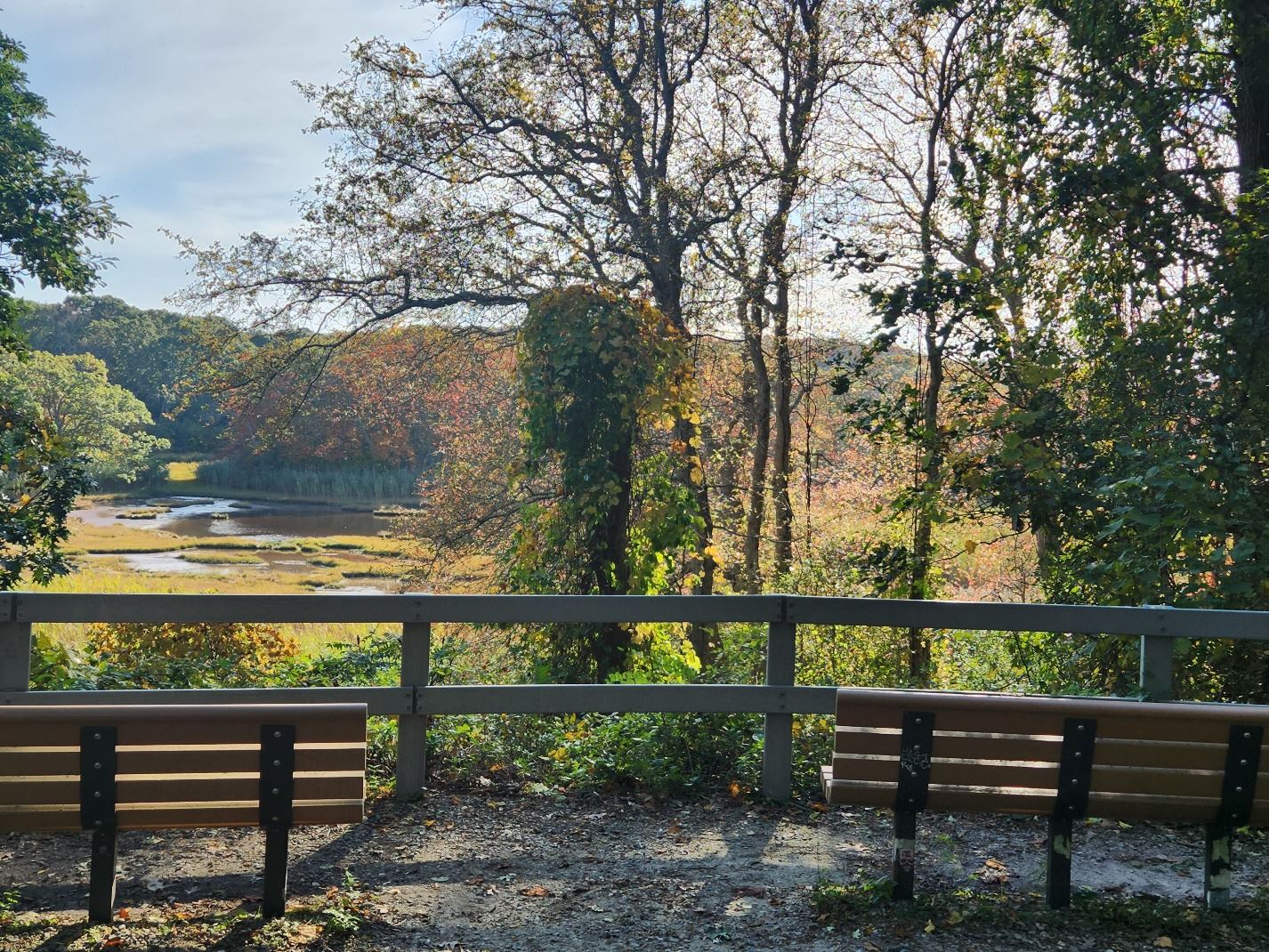 The northern half of the Bikeway lies west of the Buzzards Bay Moraine. A moraine is material left behind by a moving glacier. This material is usually soil and rock.1 The shoreline from Mile Marker 5 north all the way to the Cape Cod Canal (some seven miles north of the Bikeway terminus) alternates between hills or headlands and bays or marshes. This is seen in the following series of geographic locations: Little Sippewissett Marsh, followed by Sacconnesset Hills, followed by Great Sippewissett Marsh, and so on to the north. This unusual topography was created by the ragged shape of the melting ice when its front lay just offshore in what is now Buzzards Bay. That ice was cracked and riven with meltwater streams, leaving tongues or protrusions of ice extending farther east between them. The tongues of ice prevented the deposition of sediment in the areas they occupied. The areas with no ice filled up with sand, gravel and larger rocks released by the melting ice.1

When the entire glacier had melted away the areas previously occupied by the tongues of ice were topographic lows and were soon filled in by the sea. Today they are the bays, harbors, and marshes along Cape Cod’s western shore. Little Sippewissett Marsh is protected by the barrier dunes at Woodneck Beach. The name "Sippewissett" comes from the Wampanoag language and means "little cove" or "little river."2

Falmouth has hosted a wave of major to minor industries over four centuries. Salt works were a prime industry for almost one hundred years, from 1776 to 1870. Sixty shoreline windmills pumped sea water into rows of wooden vats to evaporate the water. There were forty-two salt manufacturers between Falmouth Heights and Woods Hole. The views from the Bikeway overlook at Little Sippewissett Marsh in West Falmouth and Little Harbor in Woods Hole would have included salt works in the century prior to the railroad.3

In fact, industry drove the creation of transportation links, such as the steamships to the Islands. The fertilizer industry, and, specifically, the Pacific Guano Company, created the need for a railroad that extended from the mainland to Woods Hole. From 1863 to 1889, the Pacific Guano Works was in operation near the entrance to what is known now as Penzance Point in Woods Hole. It is this former railroad bed that the Shining Sea Bikeway is, in part, built upon.4 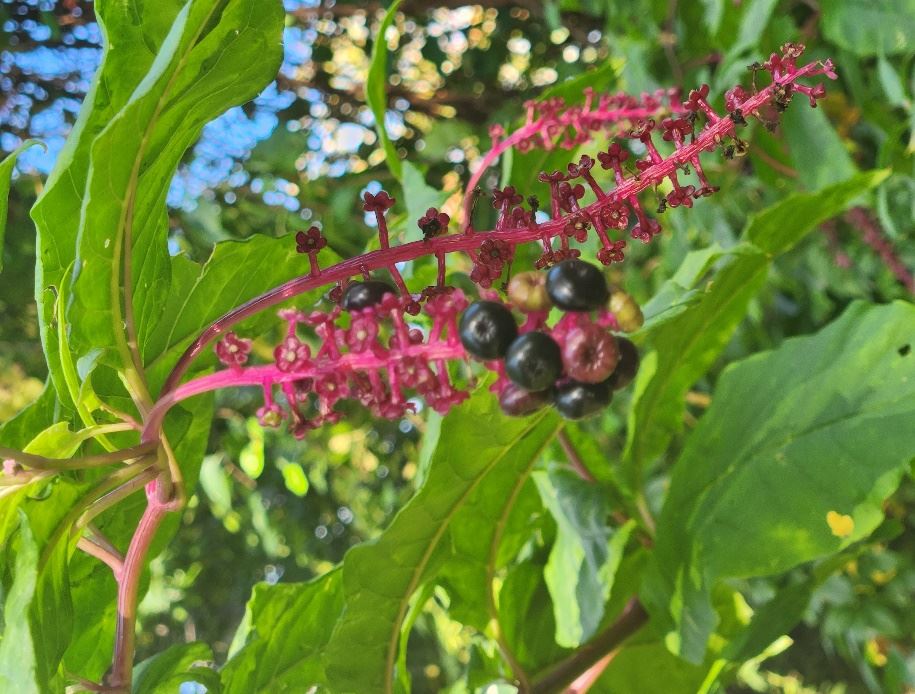 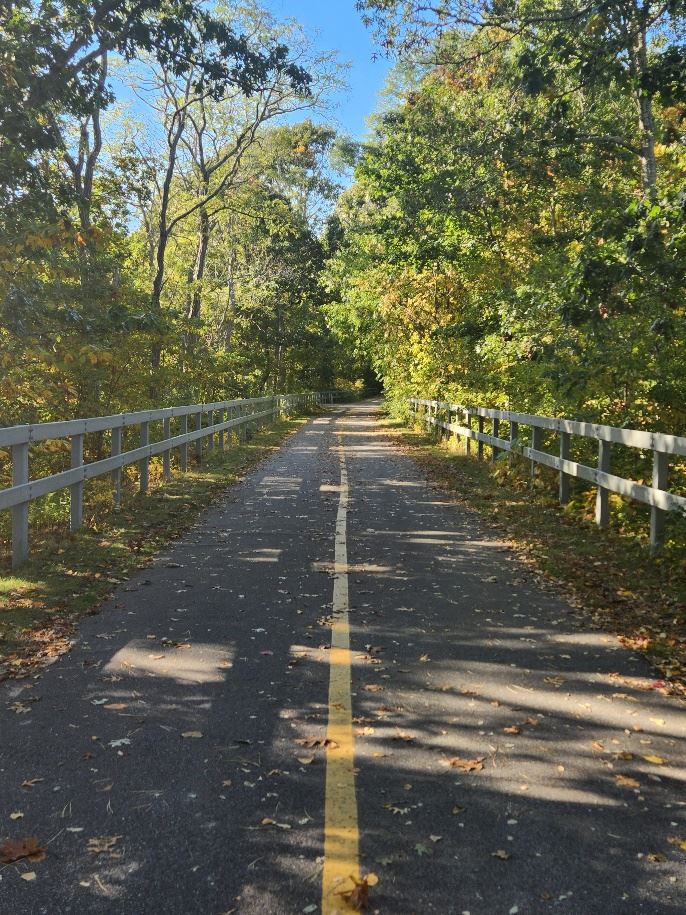